Before you continue I?d like you to be aware that this blog will contain themes and ideas that appear in Black Library novels, namely The First Heretic, Vengeful Spirit, The Master of Mankind and Siege of Terra. While I won?t be going into detail, there may be some ***SPOILERS*** so if you want to, go read them first before this humble blog. (Also read them because they?re good reads)

The Emperor of Mankind is one of the, if not THE, most important figures in the 40k setting. Many like to joke that He is just sat in His baroque chair, which is fair if you ignore the fact He powers the Astronomican (allowing faster than light travel as well as communication across the galaxy), guides mankind through the Emperor?s Tarot and the not so small task of constantly battling the Chaos Gods to prevent warp incursions, particularly on Terra, since He been holding back all those demons have a straight shot at the Imperium?s capital ever since Magnus did nothing wrong. All while being in immense pain every moment while he decays on the Golden Throne. Yeah, but totally, He is just a guy in a chair, checkmate, Imperial fan boys. 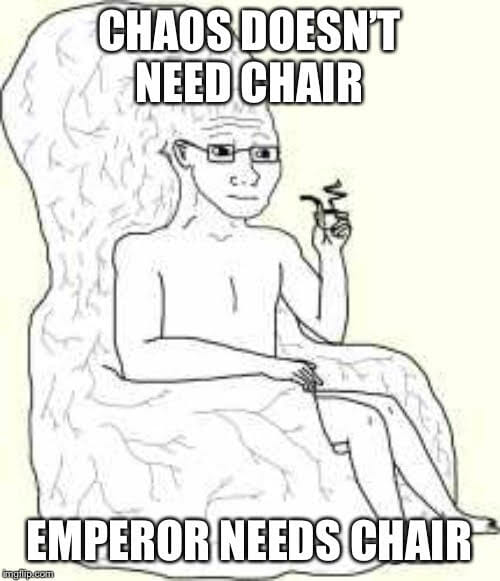 I personally consider the Emperor to be one of the most interesting characters of the setting. He is indisputably the Master of Mankind, yet he seems far removed from humanity. He is revered as a God, but He never wished for that. He is the one character in the setting the Chaos Gods are genuinely scared of, even giving him the title of ?Anathema? as he represents the order of the galaxy against their chaos, yet they claim He stole His power from them. There is a duality to His character that I find interesting. Throughout many of the novels He appears in he is shown to be detached and empirical, he refers to the Primarch?s as numbers (corresponding with the with the legion who uses the Primarch?s genetic template, so XVII being Lorgar) and views them as tools to further his goals. Indeed, in fairness to Him, that?s what he intended when He created them. If they had not been deposited around the galaxy via Chaos God shenanigans they may have well developed with this view as well, rather than seeing Him as a father. He is also shown to be loving a proud of His son?s achievements in other sources beyond the simple pride I feel when my dying Xbox manages to read a disk into actual fatherly pride. Of course, this goes into the whole lore of the setting being depending on different viewpoints, but it?s still an interesting contrast.

I?m aware I?ve waffled on quite a bit, so I?d like to get to the aspect of the Emperor I find most interesting. His opposition to the Chaos Gods. In the current lore, the Chaos Gods state that the Emperor, while an immortal powerful psyker in his own right, stole power from them which made him the Uber-Man he was at the time he revealed himself to Mankind on Terra and began the Unification Wars. He stole this power either by

Personally. I think it would be B rather than A as the Chaos Gods aren?t exactly the most trustworthy sources. It would also help explain why Horus was corrupted, but the Emperor wasn?t. Regardless, the Emperor toddles off back to Terra, unifies it, creates the legions, gets Mars on-board the program, conquers the Solar system and goes off on the Great Crusade. This eradicates countless Xenos species (though to be fair, most Xenos in the setting either want to murder or enslave humanity) and divergent Human cultures. Why? Because the Emperor wants to protect humanity from Chaos. He, being millennia old, realises that Chaos is the greatest threat to humanity. Everything he does, is towards that aim. The ultimate aim being to reduce humanities reliance on the warp and religion, so as to reduce the ability of the Chaos Gods to tempt humanity. Noble goal, I?m sure the none deranged among you would agree. The methods may be brutal but it?s all to secure a better future, which might seem ?The ends justify the means? but to the Emperor they really do. He?s seen humanity rise and fall countless times over the millennia before he finally decides to reveal himself publicly and lay down the iron fist. Of course, it all goes wrong anyway, but that gave us the settings we love. 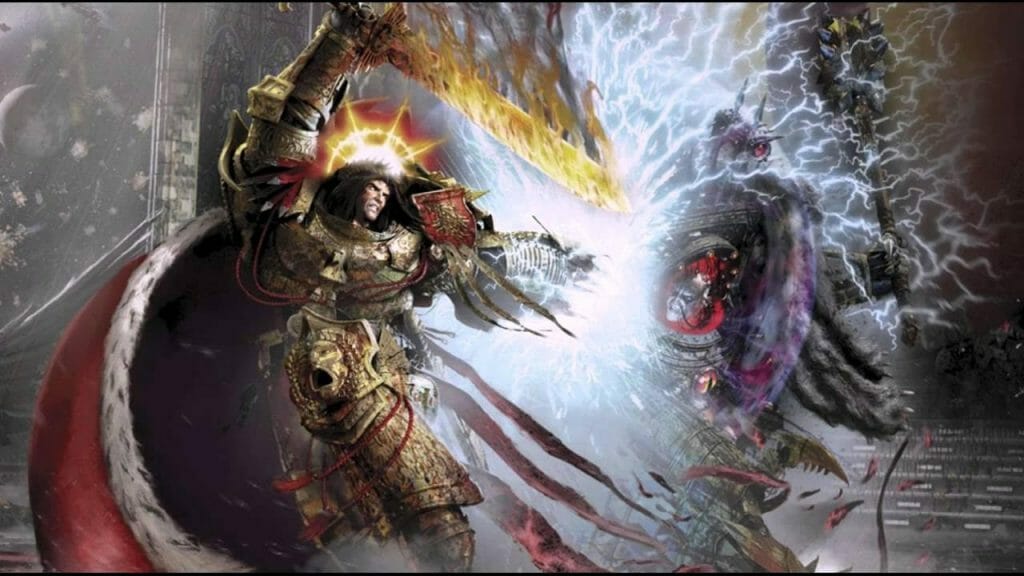 The Siege of Terra shows the Emperor as an old man by a fire, keeping the dark at bay and I think it?s a brilliant analogy. It also shows that he is willing to sacrifice himself as long as it guarantees the survival of humanity. The Master of Mankind reveals that he knows his plan for humanity is ruined after Magnus does nothing wrong. Despite this he still wants the best for Mankind. As Guilliman says after meeting him in the 41stmillennium ?The Emperor loves no one man. He cannot afford affection- that is the honest practical for the impossible task that faces the Master of Mankind. He did not love His sons, He does not love men, but He does love mankind?.

For that reason, I think He is awesome.

Sorry for waffling on and I hope you enjoyed this at least a little.